18 months or so ago I went to a party in Sydney where I met one of the country’s best-known economic journalists, and happened to ask him whether he felt news articles with a negative slant or angle were better received overall than those adopting a positive stance.

He’s a balanced & thoughtful type, and on consideration confirmed my suspicion that people, on average, rather like to hear bad news: struggling households, corruption, hypocritical politicians, and so on.

We’ve evolved to recall bad or adverse events with more intensity than positive episodes, because negative experiences can pose a chance of danger (whether real or perceived).

Studies by smarter folks than me have shown that in a group environment delivering positive feedback encourages people to keep doing what they are doing well, while some negative feedback can also be constructive, for it guards against complacency or stagnation.

The ideal praise-to-criticism ratio has been thought to be at least 4 to 1, or possibly even higher.

Yet depending upon who we surround ourselves with and what we choose to read, the ratio of positive comments & actions that we see, hear, or experience might be much lower, or even completely reversed.

Exposure to too much negativity can be contagious & leave you prone to inaction, while positive-minded people are likely to rub off on you affirmatively, inspiring you to build on your strengths and fulfil your potential. 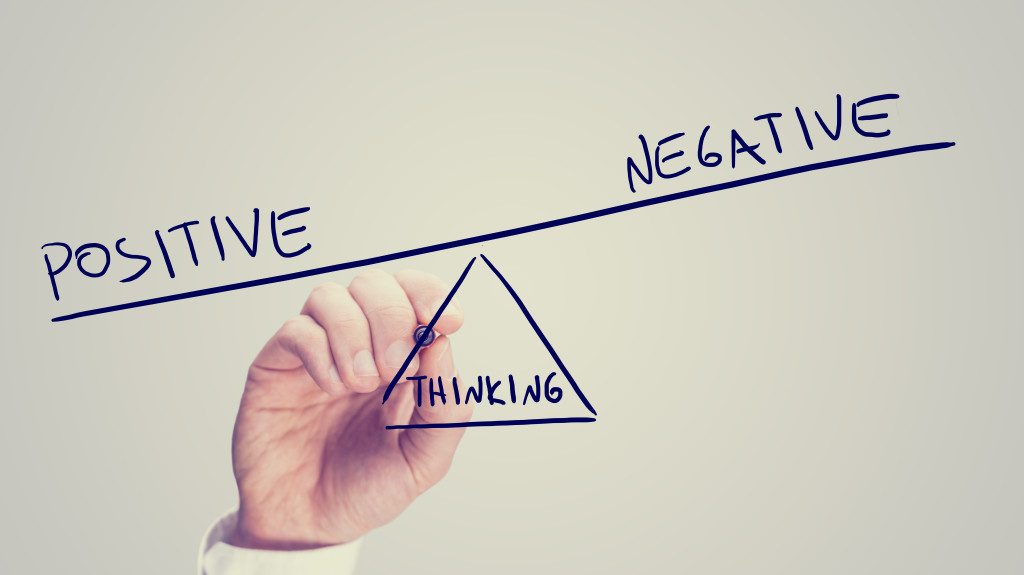 It’s inevitable that we’ll all experience some negativity from time to time, and sometimes it’s appropriate, but here are six of the most effective ways to better it:

(i) Balance your fears – Be realistic about threats and negativity – live in the moment instead of projecting, and face your fears without being overawed by them. Learn to recognise negative thought patterns;

(ii) Positive planning – Choose constructive thoughts. Know where you’re going, and don’t spend too much time worrying about what others are up to;

(iii) Limit external negativity – The past is the past, don’t dwell on it too much. Consider going on a media fast!;

(iv) Avoid saying ‘yes but…’ – It’s an annoying, energy-sapping phrase which you see or hear online a thousand times a day. Don’t use it;

(v) Get moving & take action – Exercise releases endorphins, so even a 15-minute burst of activity makes people feel better about themselves, and in turn more likely to take positive action thereafter; and

(vi) Change your friends – controversial perhaps, yet people adjust who they associate with all the time. At the very least dialling down exposure to draining relationships & spending more time with inspirational types will yield dividends.

Life is too short to waste on undue negativity, so aim to jettison the toxic influences.